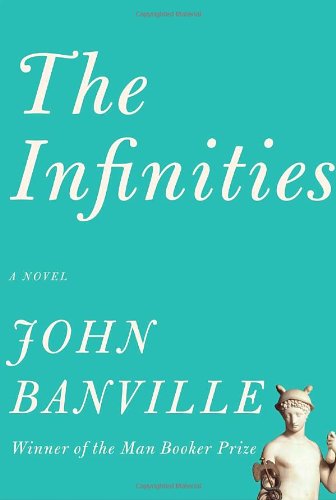 Having apparently exorcised his taste for bloody intrigue with his pseudonym, Benjamin Black, Banville returns to high form (and his given name) with a novel even more pristine than his Booker-winning . Old Adam Godley lies dying, flying through his past on the way to eternity while his brooding son (also named Adam) sleepwalks through his marriage to the amorous Helen, and young Adam's “loony sister,” Petra, writes an encyclopedia of human morbidity. But Adam and his brood are not alone, nor is our narrator any detached third person: the gods are afoot, chiefly Hermes, disguised as a farmer, whispering to us of mortal love, guiding old Adam on his way, and laying bare all the Godleys' secrets while divine Zeus conducts “illicit amours” with Helen. Hermes assures us that mortal speech is “barely articulate gruntings,” yet Banville has the perfect instrument for his textured prose, almost never as finely tuned as this. The narrative is rife with asides, but it is to the common trajectory of a life that—despite the noise crowding ailing Adam's repose—it lends its most consoling notes, elevating the temporal and profane to the holy eternal.