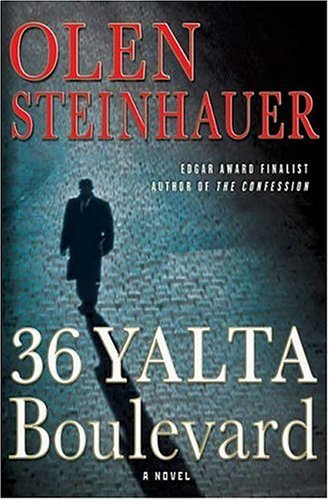 Did Brano Sev, an agent of an unnamed Eastern European country, kill Bertrand Richter in Vienna in the 1960s? Or was he set up by his superiors at the Ministry of State Security, the headquarters of his service located at the address that gives Edgar-finalist Steinhauer's uneven third novel its title? And why does he have a slip of paper with the name Dijana Frankovic on it when he wakes up, bewildered, in a Vienna park? Even Sev doesn't know—amnesia!—but the consequences are all too clear: he's demoted to a dead-end factory job, "fitting electrical wires into gauges so that the machines of socialist agriculture would never fail." (The author ably captures socialist rhetoric.) Sev gets a chance at redemption, and the opportunity to find out what really happened, when the ministry sends him home, to the provincial town of Bóbrka, to investigate a possible double agent, Jan Soroka. While the details of life behind the Iron Curtain at the height of the Cold War ring true, some readers may find the flawed Sev too undeveloped a character to care about his fate. The real story involves Sev's father, who left the country under suspicion of collaboration after WWII, but the plot's Byzantine complexity, more confusing than intriguing, clouds that classic father-son drama.