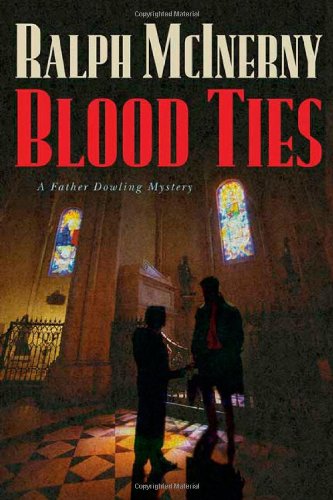 The engaging 24th Father Dowling mystery (after 2004's ) explores the moral ambiguities of the choices people make in the wake of a young woman's unwanted pregnancy. McInerny uses a full palette of nothing but grays as Martha Lynch seeks to learn the identity of her birth mother on the eve of her engagement. At the same time, Nathaniel Fleck, who turned his back on Madeline years earlier when she was pregnant, is determined to learn the fate of his child and to make amends. Almost everyone involved, from a lecherous oldster to a sleazy lawyer, shows at least a modicum of decency. And some, like Father Dowling and lawyer Amos Cadbury, both privy to Madeline's and Martha's identities, carefully weigh the one's need for secrecy and the other's for knowledge. When Fleck dies in a suspicious accident, the question becomes not only how the ramifications of Martha's parentage will play out but did someone resort to murder to keep Fleck from finding the answer? McInerny's nimble characterizations and subtle soundings of the moral issues make this a strong entry in the long-running series.