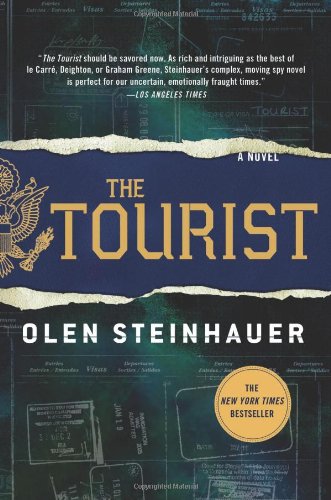 Edgar-finalist Steinhauer takes a break from his crime series set in an unnamed Eastern European country under Communist rule ( , etc.) to deliver an outstanding stand-alone, a contemporary spy thriller. Milo Weaver used to be a “tourist,” one of the CIA's special field agents without a home or a name. Six years after leaving that career, Milo has found a certain amount of satisfaction as a husband and a father and with a desk job at the CIA's New York headquarters. The arrest of an international hit man and a meeting with a former colleague yank Milo back into his old role, from which retirement is never really possible. While plenty of breathtaking scenes in the world's most beautiful places bolster the heart-stopping action, the real story is the soul-crushing toil the job inflicts on a person who can't trust anyone, whose life is a lie fueled by paranoia. George Clooney's company has bought the film rights with the actor slated to star and produce.