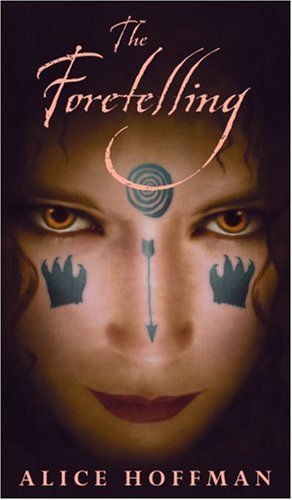 In this alluring novel, Hoffman ( ) evokes the pure, strong emotions of women in an Amazon tribe, through the poetic narrative of their heir-to-the-throne. Princess Rain feels a greater kinship to horses than to humans. Shunned by her mother (whose rape—by 50 men—led to her daughter's conception) and envied by other children, Rain leads an isolated existence, spending most of her days practicing marksmanship and horsemanship. By the time she enters her first battle, she is physically and mentally prepared to strike down her foes, but unlike the rest of her army, she finds no pleasure watching her enemies die ("When I walked through what was left of them, I felt something rising inside me.... "). Meanwhile, haunted by a dream of a black horse—a common symbol of death—she fears that her people, who equate compassion with weakness, may one day rise against her. Written as a series of impressionistic vignettes, the novel raises intense issues (especially regarding the spoils of war) and may be best appreciated by more sophisticated readers. Hoffman's prose eloquently expresses the beliefs and rituals of a lost civilization and offers a sympathetic portrait of a young leader who chooses kindness over cruelty. Ages 12-up.