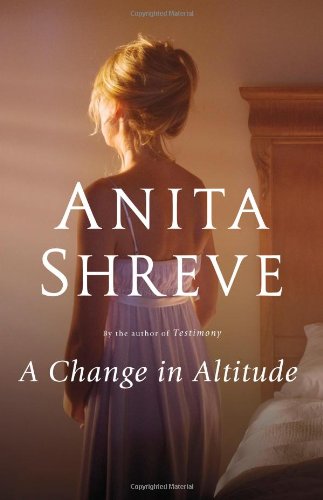 A Change in Altitude

Shreve ( ), who worked in Kenya as a journalist early in her career, returns to that country in her slow latest, the story of a photojournalist and her doctor husband, whose temporary relocation abroad goes sour. The year-long research trip is an opportunity for Patrick, but leaves Margaret floundering in colonialist culture shock, feeling like “an actor in a play someone British had written for a previous generation.” When a climbing trip to Mt. Kenya goes fatally wrong, Margaret's role in the tragedy drives a quiet wedge between the couple. Compounding those stressors are multiple robberies and adulterous temptations, as well as Margaret's freelance work for a “controversial” newspaper. Written in a strangely emotionless third person, the novel is stuffed with travelogues and vignettes of privileged expatriate life, including the chestnut of Margaret feeling very guilty about being given a rug she admires. While some of these moments aren't bad, the scant dramatic tension and direct-to-video plot make this a slog.