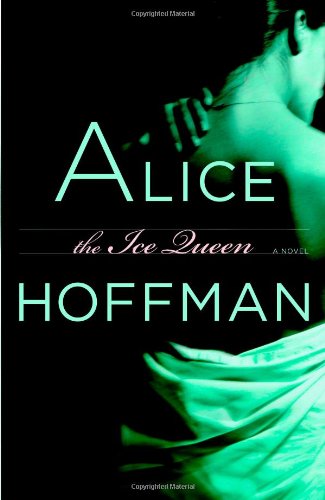 "Be careful what you wish for. I know that for a fact. Wishes... burn your tongue the moment they're spoken and you can never take them back." Thus begins Hoffman's ( ; ) stellar 18th novel about healing and transformation. As an eight-year-old, the unnamed narrator makes a terrible wish that comes true; remorseful for the next 30 years, she shuts down emotionally to become a self-proclaimed ice queen. Unlike her brother, Ned, who relies on logic, math and science to make sense of the world, the loner librarian fears the chaotic randomness of existence and is obsessed by death. Then lightning strikes, literally. In a flash, she's jolted out of her rut, noticing for the first time all that she's been taking for granted—even the color red, which after the strike she can no longer see: "How could I have been so stupid to ignore everything I'd had in my life? The color red alone was worth kingdoms." The novel turns sultry when the slowly melting ice queen seeks out reclusive Lazarus Jones, a fellow lightning survivor who came back to life after 40 minutes of death: "I wanted a man like that, one it was impossible to kill, who wouldn't flinch if you wished him dead." Blanketed in prose that has never been dreamier and gloriously vivid imagery, this life-affirming fable is ripe with Hoffman's trademark symbolism and magic, but with a steelier edge: "Every fairy tale had a bloody lining. Every one had teeth and claws." Both longtime fans and newcomers will relish it.