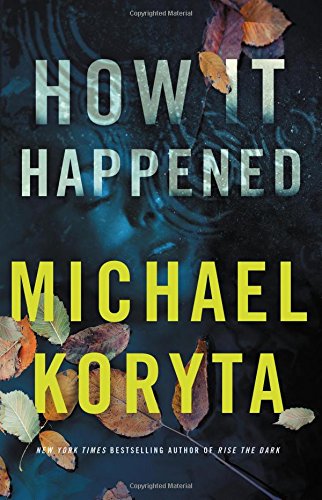 With this searing look at an investigator’s obsessive efforts to close a case that has reawakened childhood demons, bestseller Koryta (Rise the Dark) has produced his most powerful novel in years. FBI agent Rob Barrett feels he has “a firm sense of the truth and no evidence to back it up” after he extracts an unsubstantiated confession from 22-year-old Kimberly Crepeaux, who admits to a role in killing Jackie Pelletier, the daughter of a prominent fisherman in Port Hope, Maine, and Jackie’s boyfriend, Ian Kelly. In fact, Kimberly, who has a reputation for being a liar, provided incorrect details about where their bodies could be found. Still, Barrett, an inexperienced agent with a reputation as a superior interrogator, credits Kimberly’s account. According to her, her co-conspirator, 29-year-old Mathias Burke, a “local source of pride” who has a successful landscaping and remodeling business, first ran Jackie down with his truck and then bashed Ian’s head in before dumping their corpses in a pond. As Barrett, who knew Burke growing up in Port Hope, tries to ferret out the truth, certain aspects of the case revive painful memories of his mother’s inexplicable death when he was eight. Koryta, when he’s at the top of his game, has few peers in combining murder mysteries with psychological puzzles. Author tour. Agent: Richard Pine, Inkwell Management. (May)
close
Details