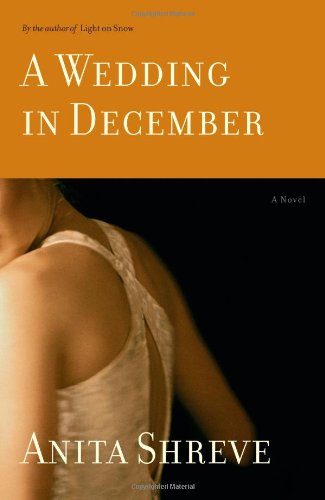 A Wedding in December

A –like group reunites for a 40-something wedding in this melancholy story of missed opportunities, lingering regrets and imagined alternatives by Shreve ( ). Bill and Bridget were sweethearts at Maine's Kidd Academy who rediscovered one another at their 25th reunion. Bridget was already divorced; Bill left his family; the two have now gathered their Kidd coterie to witness their hasty wedding—Bridget has breast cancer—at widow Nora's western Massachusetts inn. The death of charismatic schoolmate Stephen at a drunken high school party hovers over the event. Stephen's then-roommate, Harrison, now a married literary publisher, remains particularly tormented by it, especially since he had (and still has) romantic feelings for Nora, who was Stephen's then-girlfriend. Abrasive Wall Street businessman Jerry, now-out-of-the-closet pianist Rob, single Agnes (who teaches at Kidd and has a secret of her own) and various children round things out. Tensions build as the group gets snowed in, and someone gets drunk enough to say what everyone's been thinking. Though Shreve's plot, characters and dialogue are predictable (as are her inevitable 9/11 rehashes), she sure-handedly steers everyone through their inward dramas, and the actions they take (and don't) are Hollywood satisfying.