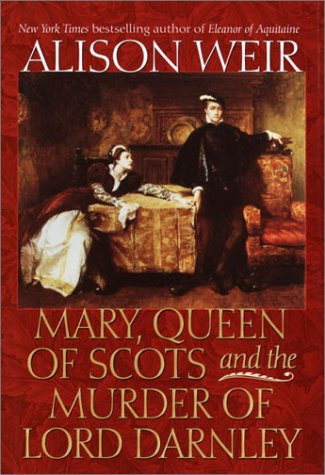 MARY, QUEEN OF SCOTS, AND THE MURDER OF LORD DARNLEY

Mary, Queen of Scots (1542–1587), has for centuries fascinated historians and the general public, her life the stuff of Hollywood myth, involving murder, rape, adultery, abdication, imprisonment and execution. In bestselling historian Weir's (, etc.) able hands, we see the young Catholic queen ruling over Protestant Scotland and a group of unruly nobles. Mary's second husband, Lord Darnley, participated in the 1566 murder of Mary's favorite adviser, David Rizzio, after which Mary and Lord Darnley became estranged. Darnley himself was murdered the next year, and some historians have claimed that Mary plotted his death so she could marry her lover, Bothwell. But Weir argues convincingly that the evidence against Mary is fraudulent, part of a coverup initiated by rebellious lords. Weir tells how and why Darnley was killed, and, shockingly, reveals that Bothwell, whom Mary did marry, was one of the murderers. Mary's lords took up arms against her, and she was forced to abdicate, fleeing to England, where she expected her cousin Queen Elizabeth to help her regain her throne. Instead, Mary was held captive for 16 years and finally beheaded for plotting Elizabeth's assassination. Mary could not hope for a better advocate than Weir, who exhaustively evaluates the evidence against her and finds it lacking. Mary's ultimate sin, according to Weir, was not murder but consistently "poor judgment," especially in choosing men. This is entertaining popular history that will satisfy fans of Weir's previous bestsellers. 16 pages of color illus.