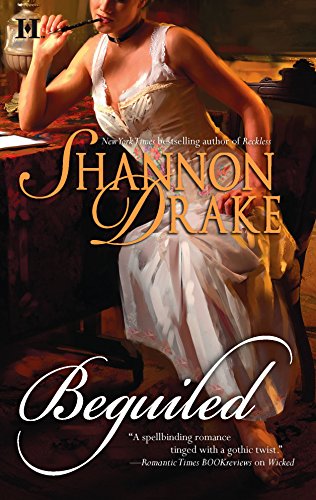 Drake turns out another fine historical in this Victorian murder mystery/romance. In the final years of Queen Victoria's reign, a series of murders of outspoken antiroyalists is stirring up hostility toward the crown—not a matter of interest to many young ladies of the 1890s, but gently reared orphan Ally Grayson is a serious writer who takes the matter to heart. That gives her something in common with Mark Farrow, the nobleman she abruptly learns she's been betrothed to marry since childhood, and also with an intriguing highwayman who waylays her coach in the woods; both men are looking for the killer. Ally figures out soon enough that the highwayman and the nobleman are one and the same, but as Mark begins to fall in love with his surprising bride-to-be, he insists on excluding her from his dangerous investigation. But Ally has a mind of her own and is determined to use it, no matter how great the threat to her safety. Bestselling author Drake, the pseudonym used by Heather Graham for her numerous historicals, keeps Ally's relationship with her aunts and godparents playful, forming an intriguing contrast with the grim progress of the murder probe, while satisfying romantic progress and rising suspense keep the book running on all cylinders.