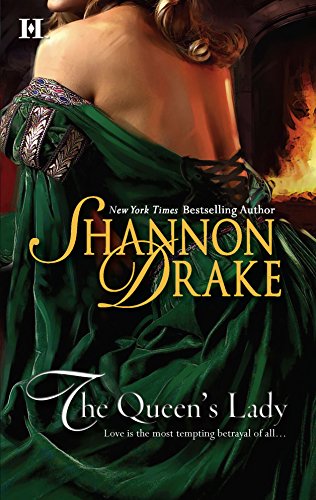 In Drake's ponderous historical, Gwyneth Maclead is a native Scot who's become maid and confidante to Mary, queen of Scots. When the Catholic Mary, barely 19 and newly widowed, leaves France to claim her Scottish title, loyal, forthright, knowledgeable Gwyneth is at her side to teach her about the country she left as a child. Accompanying them is Rowan Graham, Highland laird and valued friend of Mary's half-brother James Stewart. Gwyneth immediately distrusts the handsome, powerful noble who seems both annoyed and amused with her, but the queen forces their collusion when she sends them to England on a mission to persuade Queen Elizabeth, Mary's Protestant cousin, to name Mary as her heir. When Gwyneth and Rowan fall for each other, it sets off a series of unforeseen political events, culminating in a power grab by Mary's ambitious new husband, the branding of Rowan and James as traitors and Gwyneth's abduction. Attempting to cover entirely too much of Elizabethan religious and political maneuverings, Drake (aka Heather Graham) ends up with wooden characters and an unfocused plot.