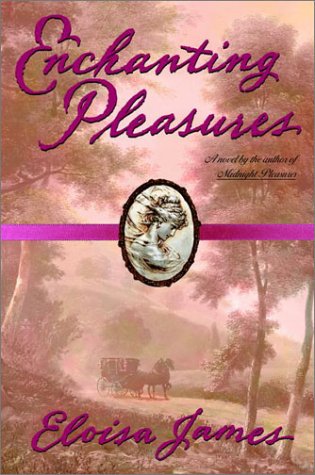 In keeping with the previous installments of James's regency trilogy (; ), this final volume offers dual romances, charismatic characters and a healthy dose of humor. Gabrielle Jerningham, aptly nicknamed "Gabby," has left India and her missionary father to marry dapper Peter Dewland, the Viscount Dewland's second son. A true romantic and a consummate storyteller, Gabby fancies herself in love with Peter even though they've never met, and she's dismayed that Peter's imposing older brother, Quill, is the one to greet her upon her arrival in England. Although Quill is pleasantly amused by Gabby's guileless beauty and unpolished manners, Peter is appalled by his "overfleshy" fiancée and her passé wardrobe. Peter's low estimation of Gabby heightens when he escorts her to a soiree and the bodice of her new French gown falls to her waist. To spare Gabby the humiliation of Peter's rejection, Quill pretends to be smitten with her and proposes that she marry him instead. The pair seem well suited until Quill reveals the reason why he is reticent to consummate their marriage—due to a horse-riding injury, whenever Quill performs "rhythmical exercise," he suffers a three-day migraine afterward. Though far-fetched, this turn of events proves to be a lively, entertaining test of their marriage as Gabby visits apothecaries by day and experiments with other remedies at night. A side story involving the East India Company's search for a missing Indian prince provides the narrative with depth and a little political intrigue, and an additional romance between a former marquis and a gossip columnist is a pleasing touch. Once again, James weaves a story as rich in plot as in character.