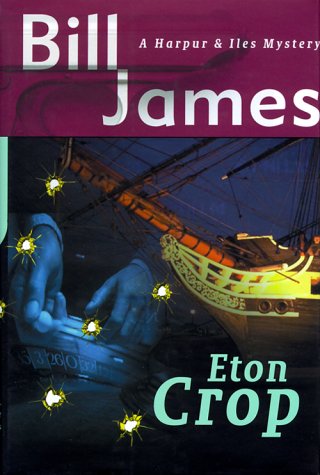 In its last half-dozen titles, James's Harpur and Iles series has turned darker, concentrating on drug-related murders and betrayals. When an undercover officer named Raymond Street was killed several books ago, Assistant Chief Constable Desmond Iles took it very badly: blaming Chief Constable Mark Lane's uncompromising policies, he started a scorched earth campaign to push Lane into early retirement or the loony bin. In this 16th entry in this bleakly inventive series (after Lovely Mover, Forecasts, May 3), both ends seem imminent. ""The Chief was noble and doomed, cripplingly fractured and toweringly honorable,"" writes James. ""The evil was too much for him. The job had grown too much for him. Iles was too much for him."" It's up to the burly, recently widowed Detective Chief Inspector Colin Harpur to try to save Lane's sanity by inserting another undercover cop, tough and ambitious Naomi Anstruther, into a drug operation run by former rivals who are joined in an uneasy alliance against the encroachments of a heavyweight London mob intent on making a floating restaurant (and popular upper-class drug-buying venue) called ""The Eton Boating Song"" its first local victory. Protecting Lane from the brilliant and vengeful Iles, shielding Naomi from the rival drug dealers and also from a particularly dangerous police psychiatrist, Harpur once again becomes a shaky, then ultimately sturdy tower of strength. Although each book in the series, which is set in a nameless city north of London, stands on its own, they all add up to a stunning history of how crime has changed the fabric and character of British society. (Nov.)
close
Details