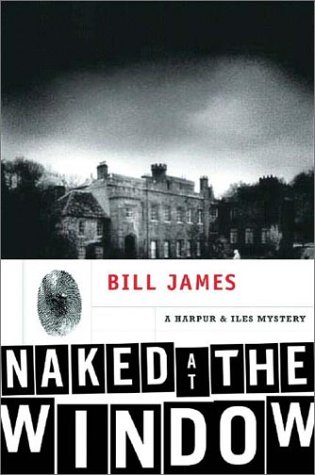 NAKED AT THE WINDOW: A Harpur & Iles Mystery

The 19th entry in James's Harpur and Iles series (, etc.) is padded, predictable and even occasionally plodding. What saves it is the author's ability to surprise and delight us with his language—a kind of powerful, deadpan poetry that pricks up our ears. "He looked like a single sick flower in a fine vase. You could see why he would be avid for the plus of occupational glory," is how James describes a London drug lord making a move into the unnamed British Midlands city where Harpur and Iles do their policing. The gorgeous irony of local mobsters living in suburban homes with pretentious names like Low Pastures and Tiderace is another saving grace, as are the author's less frequent but always amusing bursts of humor. "As he sometimes liked to do, Iles was lying on Harpur's desk, his head in the mock wood out-tray" makes up for pages of increasingly heavy-handed dialogue from Harpur's teenaged daughters, or descriptions of the drug dealer known as Panicking Ralph Ember fighting off one of his namesake attacks. Ember, with his dream of turning his sleazy nightclub, the Monty, into an upscale establishment, is a recognizably human if not particularly deep character, and his battle to keep the London heavy mob from destroying that dream is what passes for a plot here. But most of us stopped reading these mysteries for story several books ago; now, we're in it for the verbal brilliance.

The Novels of Anthony Powell.