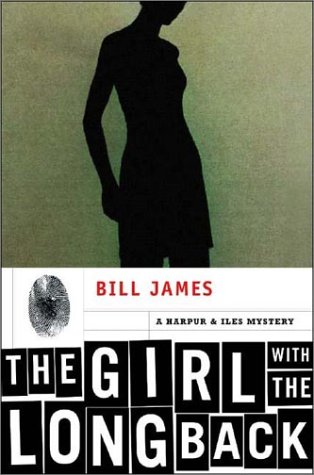 THE GIRL WITH THE LONG BACK

Desmond Iles is in trouble, and that's enough to give a new jolt of energy to James's long-running series ( , etc.) about the dapper, devious, demented Assistant Chief Constable of an unnamed British Midlands city and his colleague and primary antagonist, Chief of Detectives Colin Harpur. Here Iles faces two challenges: a tough new chief constable may replace his well-meaning but clueless boss Chief Constable Mark Lane and crush Iles like a bug; and one of the city's three top drug magnates is rumored to want Iles dead. Harpur disapproves of his superior's style of policing, and despite Iles's distaste for using undercover agents (who have a bad habit of being killed) Harpur plants a sharp young female detective inside the smallest of the three drug operations. The titular young woman with the shapely rear is the 18-year-old daughter of a recently deceased "grass," or informer. Fascinated by teenage girls, Iles naturally finds himself attracted to her—until she begins to respond favorably to his advances. Once again, it's James's darkly ironic writing that makes this series worth the padding and occasional plodding: "It dismayed Harpur to think of [Iles] crushed and humbled, though God knew such a malevolent, pirouetting, egomaniac vandal half deserved it, or a quarter. Diminish Iles and you could undermine life's whole fragile scheme, as in the elimination of a species or act of genocide."