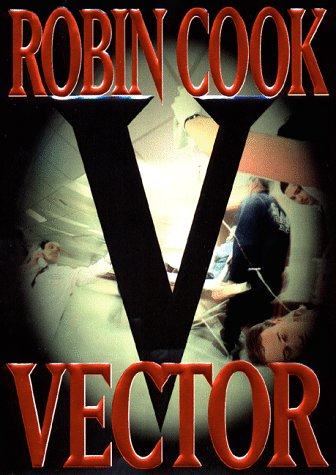 In this age of lethal bioweapons, there's a frightening logic in the idea that your next breath might kill you. Alas, Cook's latest, about an impending bioterrorist attack in New York City, is more ho-hum than horrifying. The premise has promise: cab driver Yuri Davydov is a disillusioned Russian immigrant haunted by his involvement in a tragic accidental release of government-produced anthrax that killed hundreds, including his mother. Armed with hatred for America and practical skills in how to build a biochemical weapon, he's joined forces with Curt Rogers and Steve Henderson of the People's Aryan Army. This catastrophic coalition aims to attack the Jacob Javits Federal Building and the Upper East Side; but for starters, Davydov tests his weapons on his own much-maligned wife and random, innocent rug merchant Jason Papparis. When medical examiner Jack Stapleton (last seen in Cook's Chromosome 6) does an autopsy on Papparis, the first of a series of plot-deadening coincidences occurs--he meets Davydov, who just happens to be cruising by to see if Papparis is dead. Too much ""just happens"" throughout this novel; worse, the investigators maddeningly bumble around obvious clues the reader has long since pieced together. Stapleton just happens to play basketball with the brother of Davydov's murdered wife; when autopsying the body of Aryan Army informant Brad Cassidy, he has a contrived hunch, and tests the body for anthrax poisoning. The whole plot, including the finale, hinges on happenstance, and Cook seems to know it--his characters say things like, ""What kind of weird coincidence could this be?"" Cook's biotechnology research is rewarding, the pace is as pleasingly hectic as you'd expect from the author of Toxin, etc., and some of the characters are well drawn. But in the end, this potentially spine-tingling premise is undermined by a disappointing plot manifesting authorial machination rather than authentic, character-driven events. (Mar.)
close
Details