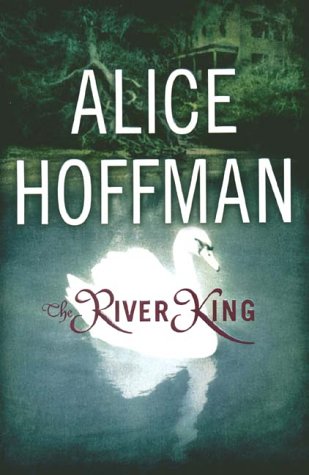 Set in and around an exclusive private school in fictional Haddan, Mass., bestselling author Hoffman's (Practical Magic; Here on Earth) latest novel flows as swiftly and limpidly as the Haddan River, the town's mystical waterway. As one expects in a Hoffman novel, strange things have always happened in HaddanDa combination of Mother Nature gone awry and human nature following suit. In 1858, the year the school was completed, a devastating flood almost destroyed it and the town. The esteemed headmaster, Dr. Howe, married a pretty local girl who hung herself from the rafters ""one mild evening in March."" Local superstitions prove true more often than not, and twice in recent history a black, algae-laden rain has covered people and buildings with a dark sludge. An uneasy peace has always existed between the locals and the Haddan School, based on the latter's financial benefit to the community and the local authorities' willingness to look the other way when necessary to maintain the school's reputation. But when student August Pierce is found drowned in the Haddan River, detective Abel Grey is flooded with memories of his own teenage brother's suicide, and refuses to look away. Supporting characters are richly textured: new photography instructor Betsy Chase feels unsafe in Haddan, yet somehow finds herself engaged to a mysterious young history professor Eric Herman; Carlin Leander, a poor, strikingly beautiful young girl, comes to Haddan to recreate herself and escape her neglectful mother, and becomes misfit August's only friend while dating the most popular boy on campus; Helen Davis, chair of the history department, is haunted by a long-ago affair she had with Dr. Howe, which she believes had something to do with his young wife's suicide. As ever, Hoffman mixes myth, magic and reality, addressing issues of town and gown, enchanting her readers with a many-layered morality tale and proving herself once again an inventive author with a distinctive touch. Literary Guild main selection, Doubleday Book Club featured alternate; foreign rights sold in the U.K., Germany, Norway, Denmark; major ad/promo; 14-city author tour. (July)
close
Details