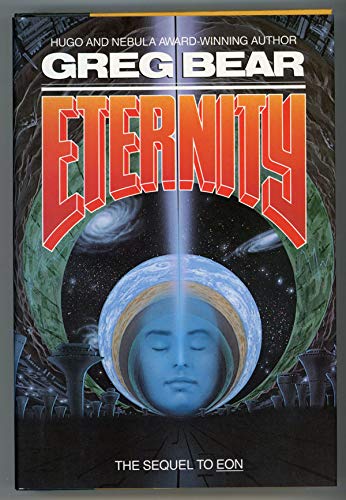 Bear's popular novel Eon introduced The Way, an infinite tunnel in space-time opening on other universes. Following a nuclear holocaust on Earth and the 40-year-long Jart Wars against rapacious aliens, the entrances were sealed. That decision is reconsidered in this sequel. On the asteroid/spaceship Thistledown, scientist Olmy investigates the mental processes of the little-known Jarts while on Gaia, a Greek-dominated alternate Earth, young Rhita Vaskayza herself enters The Way. A partially recovered Earth witnesses the reappearance of The Way's designer, Pavel Mirsky, who now describes it as a tapeworm winding through the guts of the universe and urges that it be reopened so that it can be destroyed. This slow, visionary tale is less than compelling, but its portrait of the different responses of intricate, interlocking cultures is striking. (October)
close
Details