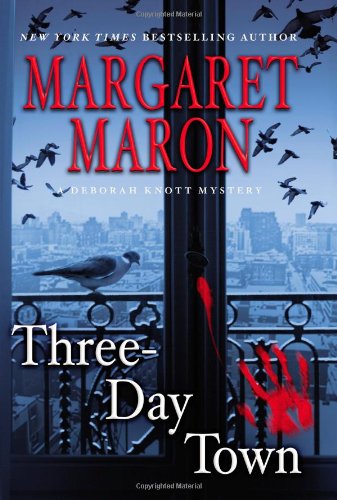 Bestseller Maron’s charming 17th Deborah Knott mystery (after 2010’s Christmas Mourning) takes the North Carolina judge and her husband of one year, Dwight Bryant, to New York City for a belated honeymoon. They bear an unusual gift, a small bronze sculpture, for photojournalist Anne Lattimore Harald from Anne’s dying mother, wealthy Jane Lattimore, who’s a distant cousin of Deborah’s. Deborah arranges to meet Anne’s daughter, NYPD Lt. Sigrid Harald, who will pick up the gift, at a large party next door to the Manhattan apartment that an absent friend is letting the couple use. When Sigrid and Deborah return to the borrowed apartment, the sculpture is missing from the kitchen counter; worse, the dead body of the building’s super is lying on the balcony. Could someone from the party be responsible for the theft and the murder? Deborah, with her inveterate curiosity, assists Sigrid, last seen in her own series in 1995’s Fugitive Colors, in the official investigation. This is a strong addition to a series that’s won Edgar, Agatha, Anthony, and Macavity awards. (Nov.)
close
Details