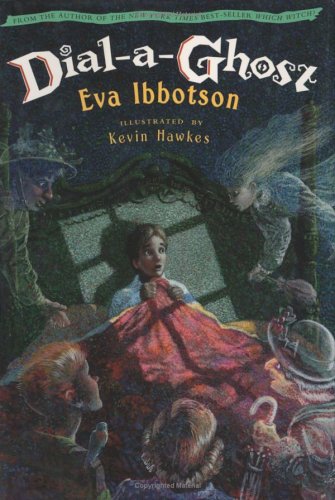 Once again, Ibbotson (; ) dishes up an irresistible brew of magical high jinks and adventure in this tongue-in-cheek post-WWII ghost story set in Britain and starring two families of displaced spooks. Miss Pringle and Mrs. Mannering, founders of the Adopt-A-Ghost agency, are delighted when they find homes for two of their hard-to-place clients, the Wilkinson family of five (who died all at once when a bomb hit their house) and the Shriekers, a pair of maimed and foul-smelling aristocrats who, after suffering the loss of their only child, aim to rid the world of as many living youngsters as possible. Due to a clerical error, the spirits wind up in the wrong homes. The Shriekers haunt an abbey filled with mild-mannered nuns, and the Wilkinsons move into the Snodde-Brittle estate, where their two evil hosts plan to scare to death the youngest heir, a kindhearted orphan named Oliver. The comedy of errors becomes more complicated by the minute as murderous plots are foiled, ghost busters are hired and the identity of the Shriekers' long-lost daughter is uncovered (astute readers will figure it out before the Shriekers do). Hawkes's whimsical drawings perfectly capture the book's slapstick action and sly humor. Readers will be highly amused as disjointed pieces of the puzzle start to neatly interlock. Ages 8-12.