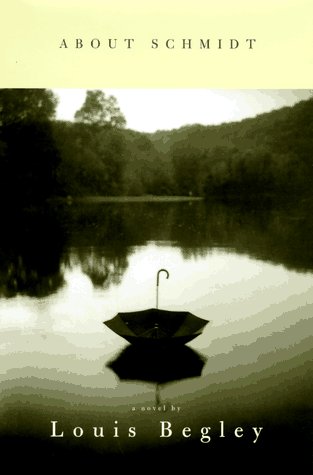 Both Auchincloss's sophisticated comedies of WASP manners and the terrain mapped in Ishiguro's The Remains of the Day come to mind as comparisons for Begley's new novel, but his discerning intellect and lapidary prose distinguish this powerful story of a man whose fall from grace has a double-edged irony. Albert Schmidt retired from his job in a white-shoe New York law office during his wife's terminal illness. In his 60s, he lives in her magnificent family home in the exclusive Long Island community of Bridgehampton, where he makes sardonic observations about those who betray his archaic values and rigid social standards. The most egregious traitor is his beautiful, brilliant (i.e., Harvard summa cum laude) daughter, Charlotte, whose decision to marry a blatantly ambitious Jewish lawyer is a bitter blow to Schmidt--although he remains outwardly civil. Schmidt has no idea that his cool, remote behavior has alienated Charlotte, that she is aware of the veiled anti-Semitism he himself denies and that her new family, which Schmidt thinks vulgar, offers the warmth and human contact he has never provided. With sublime, delicious irony, Begley shows Schmidt's bizarre metamorphosis from a pillar of rectitude to a silly old fool; a Puerto Rican waitress younger than Charlotte is the instrument of Schmidt's descent down the primrose path. Taking advantage of Schmidt's loneliness, streetwise Carrie uses her sexual wiles to move herself and her drug-dealing boyfriend into his house and life. Begley guides the narrative with smooth aplomb and dry humor, providing a wealth of acutely observed social detail and a clear depiction of emotional dysfunction. Though his classic Holocaust novel, Wartime Lies, is a standard Begley can't improve upon, this elegant, sophisticated novel is another study in self-deception that confirms his reputation as a masterful literary novelist. (Sept.)
close
Details