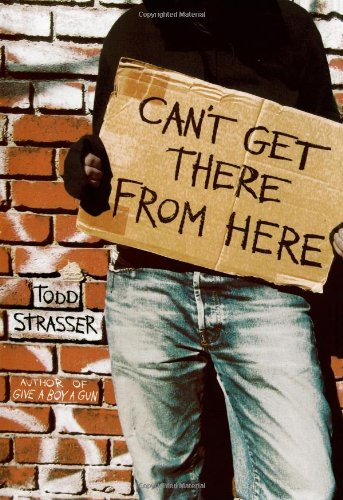 CAN'T GET THERE FROM HERE

Strasser's ( ) largely bleak novel centers on a group of homeless teens attempting to survive on the streets of New York City during a frigid winter. Several don't make it, victims of alcohol poisoning, strangulation or suicide. Narrator Maybe (wont to answer questions with that noncommittal word) escaped from an abusive home to join what she calls "an asphalt tribe that roamed the streets searching for food and shelter." Maybe's character gradually comes into focus and, as it does, Strasser reveals her perception of the dead-end life around her. Musing on the pain that one of her foundering friends feels, Maybe concludes, "It was a pain from inside. The pain of this cold, hungry, dirty life where nobody cared whether you lived or died. Where you were not even a name." However, the author does not delineate many of the other street urchins' characters. This season's by Kathe Koja and Ineke Holtjwik's paint a more realistic picture of life on the streets and the ways in which homeless kids can be exploited by others and by each other. For Maybe and for Tears, a 12-year-old who left home when her mother refused to believe that the girl's stepfather was sexually abusing her, there are hopeful futures—thanks to the intervention of a caring librarian. But repetitive scenes and dialogue at times stall the pace of the narrative and weaken its impact. Ages 12-up.