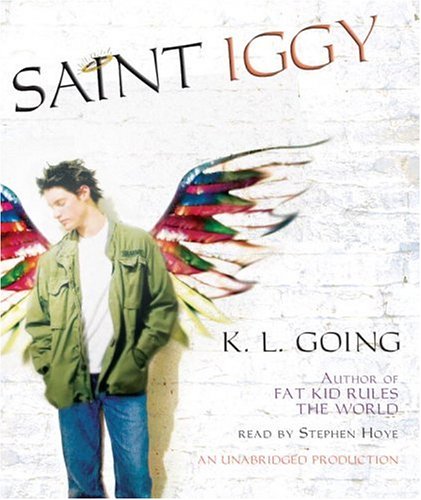 Going's haunting novel about an affable but troubled teenager looking for redemption has a powerful theme and a gritty New York City setting sure to grab the attention of listeners. Unfortunately, Hoye's inconsistent and inauthentic-sounding New York accent, and his odd pacing for some characters' exchanges, detract from this recording. Sixteen-year-old Iggy Corso—born to drug-addicted parents—has had a tough road, including being left back two years in high school and being essentially abandoned by his mother while his stoned father sleeps the days away. Short on both attention span and patience, he is suspended from school just before Christmas for what a teacher deems threatening behavior. With no support system to speak of, Iggy turns to a former tutor—the pot-smoking, philosophy-spouting law school dropout Mo—for help. In search of funds for his own growing drug habit, Mo brings Iggy with him to his wealthy parents' apartment—a place Mo detests, but where Iggy can bask in plenty and enjoy some sincere parental concern. Hoye harnesses an ominous sliminess for the voice of a drug dealer, but sounds less believable in the other roles. Despite these shortcomings, listeners will be hard-pressed not to be moved, or shocked, by this recording's end. Ages 14-up.