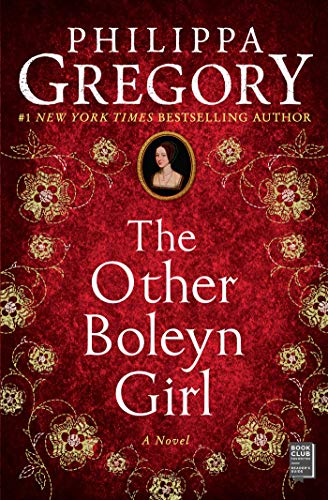 THE OTHER BOLEYN GIRL

Sisterly rivalry is the basis of this fresh, wonderfully vivid retelling of the story of Anne Boleyn. Anne, her sister Mary and their brother George are all brought to the king's court at a young age, as players in their uncle's plans to advance the family's fortunes. Mary, the sweet, blond sister, wins King Henry VIII's favor when she is barely 14 and already married to one of his courtiers. Their affair lasts several years, and she gives Henry a daughter and a son. But her dark, clever, scheming sister, Anne, insinuates herself into Henry's graces, styling herself as his adviser and confidant. Soon she displaces Mary as his lover and begins her machinations to rid him of his wife, Katherine of Aragon. This is only the beginning of the intrigue that Gregory so handily chronicles, capturing beautifully the mingled hate and nearly incestuous love Anne, Mary and George ("kin and enemies all at once") feel for each other and the toll their family's ambition takes on them. Mary, the story's narrator, is the most sympathetic of the siblings, but even she is twisted by the demands of power and status; charming George, an able plotter, finally brings disaster on his own head by falling in love with a male courtier. Anne, most tormented of all, is ruthless in her drive to become queen, and then to give Henry a male heir. Rather than settling for a picturesque rendering of court life, Gregory conveys its claustrophobic, all-consuming nature with consummate skill. In the end, Anne's famous, tragic end is offset by Mary's happier fate, but the self-defeating folly of the quest for power lingers longest in the reader's mind.