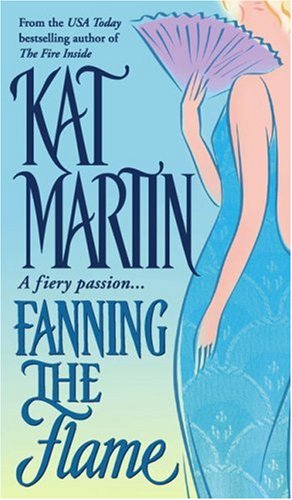 Love's flame sputters rather than rages in this nicely paced but forgettable Regency-era romance. Adam Hawthorne, the earl of Blackwood, admits to being intrigued by laughing, lovely Jillian Whitney, but unexpectedly finds himself in the middle of a murder investigation when Jillian dashes into his arms to avoid being arrested for allegedly shooting the man who London gossipmongers speculate was her protector. Uncertain of her role in the killing, Blackwood knows he must prove Jillian's innocence if he's to save her from the gallows and woo her into his bed. But Jillian is innocent of more than murder, which puts the marriage-averse Blackwood in a quandary when they finally succumb to mutual seduction. There's little to make this relationship between a nobleman who has been burned before by deceitful women and a lady who's fearful of the hero's "hard, ruthless" attractiveness stand out among the current onslaught of similar historical romances, and the lovers' final obstacle is one that could have been easily surmounted with a little forethought. Although couples from Martin's earlier works, and , help Blackwood in his quest to prove Jillian innocent, even these familiar faces aren't sufficient to spark this damply smoldering romance into a bright, memorable read.