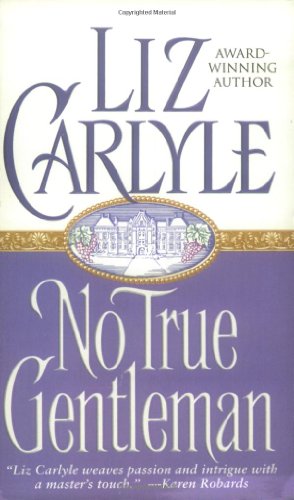 The trend in romance novels has been to throw the bedroom door open as wide as possible, and Carlyle () succeeds in doing so in this steamy romantic intrigue. Set in Regency-era London, this book chronicles the adventures of Catherine Wodeway, a vivacious country widow who has recently come to town, and Maximillian de Rohan, an enigmatic Westminster magistrate. Despite their disparate social backgrounds—he hails from a family of Italian vintners and she's a lady—Max and Catherine share a scandalous kiss in Hyde park. A few days later, the two meet again when a murder among the aristocracy takes Max to the home of a mutual acquaintance. Caught up in her desire for Max and her curiosity about him, Catherine seeks to seduce him, but Max's inability to trust may keep him from giving up his heart. When Max isn't puzzling over his emotions, he's fending off his meddlesome grandmother and working to solve a murder. Although Max is no gentleman according to the standards of the time—which were defined by Lord Chesterfield's , a book Max tries and fails to read—he is an extraordinarily well-developed and believable romantic hero. Catherine is also a strong heroine, and together, they make this one of the year's best historical romances.