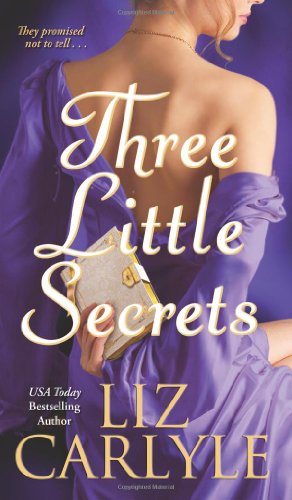 While it's standard practice for books in a romance trilogy to share unifying elements—such as setting, characters and themes—few recycle plot devices as blatantly as the tales in Carlyle's historical Little trilogy ( ; ). In this third installment of the Regency saga, Carlyle spins a story of long-separated lovers who reunite, but only after much argument, miscommunication and the revelation of a baby's less-than-surprising true parentage. The plot will ring familiar to Carlyle's fans, primarily because it's a carbon copy of . As in , the hero and heroine—in this case hardened businessman Merrick MacLachlan and his former beau, Lady Madeleine Bessett—meet by chance in London and then spend the bulk of the book casting each other longing looks, declaring they want nothing to do with one another and indulging in angst-ridden personal flashbacks; it all grows tedious fast. It's a testament to Carlyle's skill that her characters engage despite the familiar setup, but in the end, they aren't dynamic enough to satisfy the story line or the reader. This book may contain Carlyle's signature sensuality, but it lacks the complexity of plot and character that made her earlier romances shine.