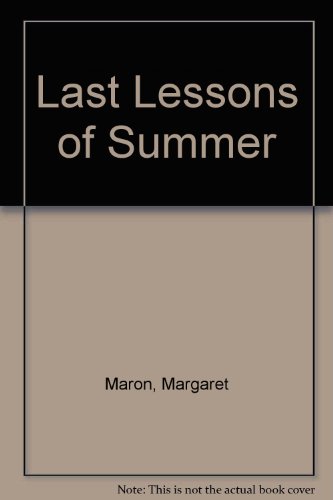 HKnown best for her Deborah Knott novels (, etc.) and her Sigrid Harald series (, etc.), Edgar-winner Maron has produced a standalone gem, set in North Carolina's Piedmont country, that focuses on a large matriarchal family. Amy Steadman, a toy company executive in New York City, returns to her Southern roots one steamy August after inheriting a fortune from her murdered maternal grandmother, Frances Barbour. Aided by Beth, her pouty younger half-sister, Amy sorts through furniture, books and other personal items in Grandma Frances's summer house, where Amy's mother, Maxie, committed suicide when Amy was three. Amy is determined to find out what was really behind her mother's death—and her grandmother's, too. Amy's many kinfolk, who pass in and out of the house, seem as kind and gentle as can be, but one of them is decidedly dangerous. Cousin Curt is poisoned with jimson weed seeds cooked into a jar of preserves, and another tainted jar turns up in Amy's refrigerator. Maron has a faultless ear for Southern speech, dotting her dialogue with regionalisms like "I might could have." A feast of clues and red herrings, the book builds to a climax that hits like a hot bullet blast. With oodles of characters to keep straight, readers will find the family tree at the start an essential guide. (Aug. 26)