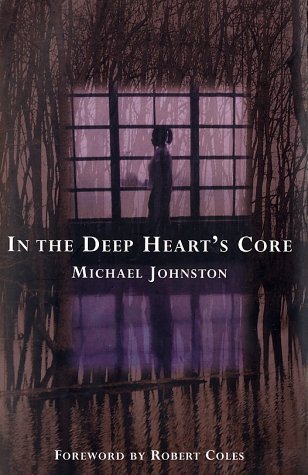 IN THE DEEP HEART'S CORE

Fresh from a postcollege, intensive five-week crash course, Johnston began his two-year stint with Teach for America, a program that addresses the needs of some of America's most desperate classrooms. In Johnston's case, it's a high school classroom in Greenville, Miss., with "chalkboards so scratched, rusted, and embedded with chalk dust that I couldn't read the boards even if I wrote on them with fresh white paint." There he teaches students who have been through "more funerals than honor roll assemblies" due to drugs and gang violence. The school system's countless institutional failures (among them, a counselor who sells high school credits) challenge Johnston's assurance that education was the "one valuable skill I could bring to Mississippi that she could use." The students' truancy, sexual promiscuity and aggression sorely test Johnston's conviction that "underneath, they were vulnerable... still children." Successes are minuscule and failure is rampant. What makes Johnston's account noteworthy is his ability to move beyond making generalizations about impoverished schools and students. Rather, he takes readers into the constricted—and often doomed—lives of individuals: Corelle catches up on months of work with a six-hour marathon, but drops out of school; "confident, gracious, and charismatic" Egina becomes the accidental victim of cross fire. Although Johnston occasionally catches sight of a "few students who were trying to work effectively," they occupy the periphery. "In making the Delta my home," he observes, "I found inside her a despair beyond any I could have imagined." That compassion, leavened with good sense, makes this honest and often painful account a moving, memorable call for action.