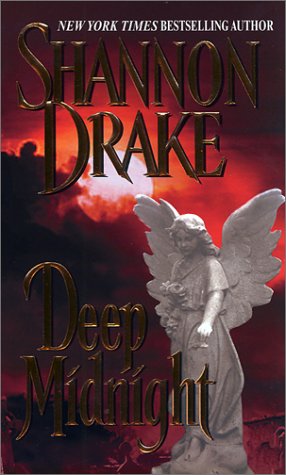 What are vampires? According to Drake's fun, fanciful read, they're just another group of emotionally challenged creatures in need of a good 12-step program. In the third volume of her vampire series, Drake () introduces Ragnor Wulfson, a 1,000-year-old vampire, formerly a Viking, who is now an antiques dealer and a vampire enforcer. When Ragnor learns that his former lover Nari, the Contessa della Trieste and a naughty vampire, is throwing a masquerade ball during Venice's Carnevale festival, he travels to the city to find out what fiendish diversions she's planned. At the party, Nari and her minions feast upon the guests, but only Jordan Riley, a well-known book critic from the States, witnesses the carnage. Despite Nari's assurances that the macabre scene was part of the evening's dramatics, Jordan is convinced that what she saw was real, but the only person who believes her is Ragnor, a mysterious hulk of a man who believes she's in danger. While the two hunt down the ancient evil that appears to be stalking Jordan, they explore their mutual passion for each other. Drake's descriptions of Venice are lush, and her colorful cast of characters will engage. Those who can overlook the novel's far-fetched plot and sensational finish will be heartily entertained by this outrageous comic book romp.