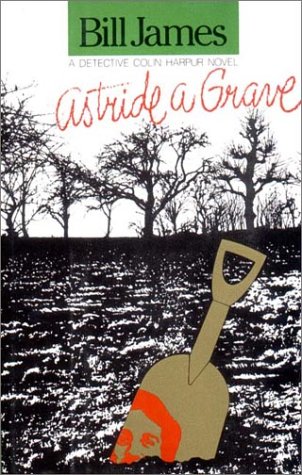 In James's world, the good guys--Detective Colin Harpur and his scheming, sarcastic superior officer, Desmond Iles--often seem more evil and lust-fixated than his bad guys, who here boast nicknames like Caring and Panicking. This follow-up to Take and Club begins after an earlier robbery has left Caring Oliver and Panicking Ralph with extra quid, while a bunch of other crooks are none too pleased. Panicking Ralph, whose Charlton Heston looks attract the ladies, often chokes under pressure. Once in a while, he can gather his nerve, as he does here in order to ice Caring. His timing isn't great, however. The frolic he enjoys with Caring's wife occurs in the woods only a few feet from where the lady's husband lies. Later, they steam up the windows of her Volvo, parked near another car, where the married Harpur is similarly engaged with Iles's wife. James's vision is dark and droll. Iles is eruditely, unforgettably bad, and the prissy, superficial Panicking Ralph is a priceless creation who might be a spineless wreck for long stretches but is able, on occasion, to ""switch it on,"" as he notes himself. James deals in grim ironies, serving them up in bursts of giddy, spiraling dialogue (with lots of British working-class vernacular), in which evil is convincingly justified and occasional goodness is thrown in for light comic relief. (May)
close
Details