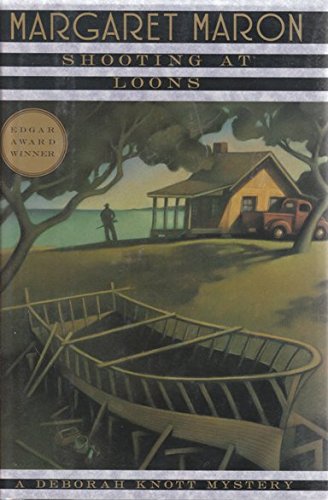 North Carolina Judge Deborah Knott, introduced in the multiple award-winning Bootlegger's Daughter , returns in her third adventure in as many years. Maron constructs a tight mystery, peoples it with an original cast and powerfully evokes her Outer Banks setting, but dry issues of civil law drag at the narrative. Deborah, filling in for an ailing judge at the Carteret County courthouse, stays in her cousin's waterside cottage and, while clamming, finds the body of the president of the Independent Fishers Alliance, shot in the chest. The murder quickly involves her in local conflicts among commercial fishermen, upstate sportsmen, land developers and conservationists. Real estate mogul Linville Pope, with an eye on the half-billion-dollar tourist industry, wants to buy the Neville Fishery property owned by the wife of a local judge. When Pope turns up dead, dressed in the colors of the endangered loon, suspects range from the judge, whose hands might be dirty, to a crusty islander who is--illegally--building a boat on Pope's property. Deborah discovers corpses, reads dull files for clues and falls for a local cop, but she doesn't determine the killer until she's looking down the barrel of a .22 rifle. In this drama, she's more a passive participant than a catalyst. (June)
close
Details