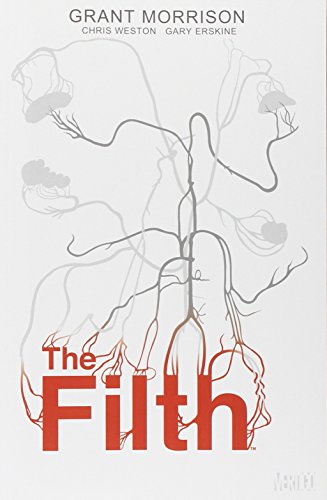 The mutant child of Alan Moore, Terence McKenna and Robert Anton Wilson, Morrison has emerged as one of only a handful of comics writers with a true voice and vision. He's as fascinated by paranoid conspiracy theories and the Kabbalah as he is by superhero archetypes. They're all played out in this psychedelic science fiction adventure. Like his best-known works and , this story follows a subterranean organization with terrifying science at its disposal—but in a break from Morrison's previous works, covert government agency the Hand is actually working to maintain the status quo against the mass hallucinations of a society that needs to dream. The story follows Greg Feely, a balding, middle-aged man who wants nothing more than to look at porn and care for his sick cat. It soon emerges that Feely is actually Ned Slade, special negotiator for the Hand. As Feely/Slade tries to decide which personality he really is, he takes on such twisted entities as deviant superman Spartacus Hughes; Anders Klimakks, a porn star with black semen and irresistible pheromones; the , a giant ocean liner that's its own country; and Dmitri, a deadly communist monkey assassin. Artistic collaborators Weston and Erskine capture this insanity with razor-sharp precision, dead-on characterizations and such memorable vistas as a decaying miniature world and planets covered with machines. isn't always entirely coherent, but for sheer audacity and density of ideas, it will stand up to many readings.