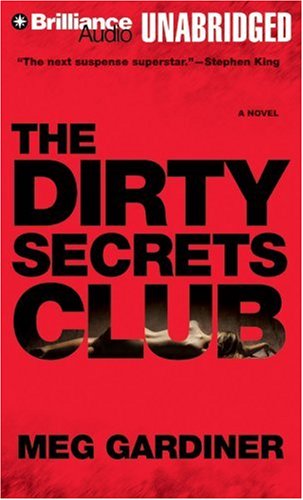 SFPD forensic psychiatrist Jo Beckett is smart, dogged and filled with guilt for failing to save her husband's life after a helicopter crash. One thing she isn't is constantly angry, but which nonetheless is the mood reader Susan Ericksen evokes from word one. Possibly attempting to play up the novel's edgier aspects—a couple of nasty villains are murdering unpleasant and elitist club members—she doesn't merely read the story, she almost snarls it. While this is a bit grating for much of the thriller, it is not completely inappropriate, as it turns out. At the end, a violent earthquake, followed by a grim, relentless attack by the killers, ratchets up the suspense. As Beckett gets in touch with her inner Rambo, Ericksen's acid-tinged delivery suddenly works just fine.