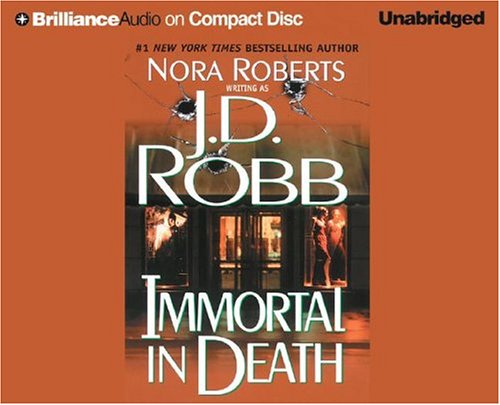 The third, and arguably best, book in Robb's futuristic In Death series here receives its first unabridged audio treatment (the abridged version was offered in 2001 by Brilliance), and the result is a brisk listen that captures all the suspense of this murder mystery. Ericksen gives tough cop Eve Dallas a hard, no-nonsense tone and nails her fiancé Roarke's Irish lilt beautifully. She also deftly portrays Eve's softer side, which comes out when she's forced to arrest her friend Mavis for the murder of a supermodel named Pandora. Eve knows Mavis couldn't have killed Pandora, even though she stood in the way of Mavis and her boyfriend, fashion designer Leonardo. But the evidence—Mavis is found at the scene of the crime, sporting scratch marks from Pandora—seems unequivocal. In the course of Eve's investigation, listeners meet a number of intriguing characters, including a designer with a map tattooed onto his skull, a grumpy horticulturist and a slinky, lifelike drone (i.e., android). Although Ericksen's portrayal of some of these personas can be exaggerated, on the whole, she does an excellent job conveying the primary characters and matching the pace of this taut yarn.