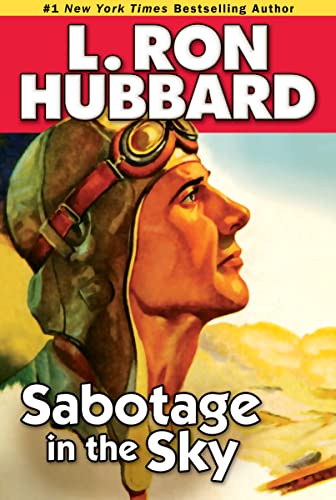 Sabotage in the Sky

Another slim Hubbard reissue—this one originally appeared in 1940—offers an example of his pulpy men's adventure fiction. Nazi Col. Erich Von Straub is dispatched to the United States to infiltrate the aviation industry as a saboteur under the guise of “a whiz on engines.” Two U.S. aerospace companies, Beryl-Cannard Airlines and Lee Aircraft, are competing to design planes for the French and British that can dominate the fierce Messerschmitt 118D. Little does Von Straub know he's walking into a budding romance between competing test pilots Bill and Kip, who accuse each other of Von Straub's handiwork as their relationship blossoms. Banged out fast, the unpolished prose relies on the fast plot and colorful aviation patois to carry it. It does the pulpy thing just fine.