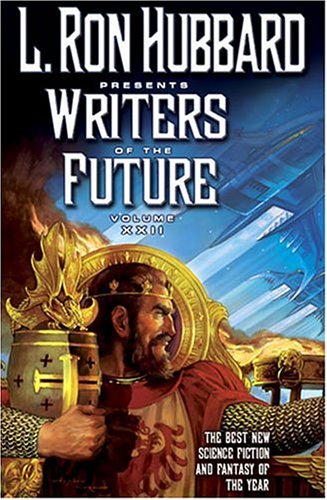 The best speculative fiction reaches beyond the bells and whistles of the genre to explore the deeper complexities of the human condition. The original stories selected in this year's "Writers of the Future" contest include strong attempts to do just that, as well as some promising work that doesn't quite measure up. Standouts include Judith Tabron's Bradburyesque "Broken Stones," the story of a woman facing a crisis of faith when her fellow Muslims, colonists who left Earth centuries ago to escape social and religious persecution, aim that same prejudice toward the indigenous life of their adopted planet; Diana Roland's "Schroedinger's Hummingbird," the heartbreaking tale of a young woman who dooms herself to relive her past again and again in an attempt to save her only child; and Lee Beavington's "Evolution's End," an old-school science fiction romp about a group of explorers who discover a simple cellular organism whose evolution has made it the greatest—and deadliest—of survivors. Also included are four short essays offering advice to young writers and artists. Except for Orson Scott Card's illuminating "Are We at the End of Science Fiction?" these essays are rudimentary at best, condescending at worst. Illustrations are adequate, with special mention going to Daniel Harris and his artwork for Roland's story, and Eldar Zakirov for his work for Joseph Jordan's excellent story of faith lost and found, "At the Gate of God."