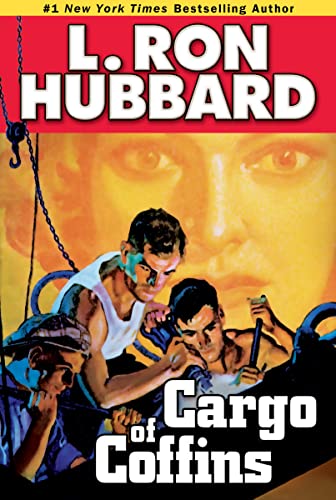 Two escaped convicts, Paco Corvino and Lars Marlin, face off in Hubbard’s fast-paced high seas action yarn, first published in the November 1937 issue of . Some years after Corvino and Marlin independently broke out of French Guiana’s Devil’s Island, the men meet by chance in Rio de Janeiro, where the debonair Corvino works as the steward of the , a luxury yacht due to set sail. Corvino persuades the ’s captain to hire Marlin, who’s an experienced skipper, as part of the crew, unaware that Marlin blames his hellish stint on Devil’s Island on his fellow escapee. Itching to take Corvino out with his trusty .38, Marlin must bide his time as the equally dangerous Corvino fingers his knife. Contraband cargo (heroin) and the yacht owner’s beautiful daughter add spice to this taut pulp melodrama.