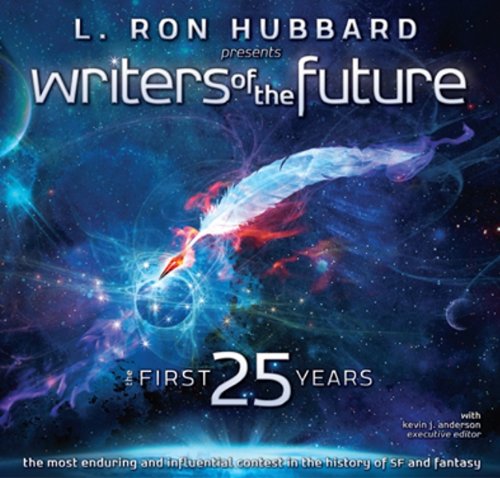 Winning the Writers of the Future contest may be less prestigious than nabbing a Hugo or Nebula, but to the hundreds of authors who have won or placed, it provided an undeniable boost to their budding careers. Now, a quarter-century in, the annual contest gets a glossy, coffee table chronicle. Every aspect of the contest is covered, including a workshop that began with only 12 invited writers (who had to pay their own way), and essays by and profiles of dozens of past judges, including sci-fi and fantasy luminaries Orson Scott Card, Frank Herbert, Frederik Pohl, and Gene Wolfe. As this is also another product of the Hubbard empire, it's not above moments of hyperbole: the author, we're told, "all but defined what it means to be a successful writer." The brunt of the volume is taken up with an index of winners and finalists from ‘85 to ‘09, featuring sidebars wherein past winners provide context, encouragement, or gratitude for Mr. Hubbard's generosity; though winning was surely a boon, not all victors take the earnest tract. Carl Frederick, for instance, begins with "On being a WOTF Finalist and Achieving Victory over Toenail Fungus." (Oct.)
close
Details