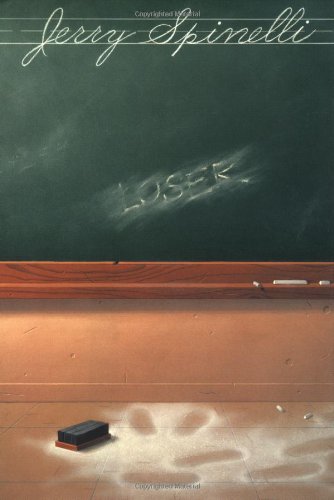 Spinelli (; ) here enters the consciousness of the social pariah. Beginning with Donald Zinkoff's early days of invisibility and ignorant bliss ("Maybe it annoys you that he seems to be having even more fun than you, but it's a one-second thought and it's over," says the omniscient narrator in the opening chapter), the narrative follows the boy through his instant love for Satterfield Elementary School, then zeroes in on the turning point: "In fourth grade Zinkoff is discovered.... Big-kid eyes are picky. They notice things that the little-kid eyes never bothered with.... Twenty-seven classmates now turn their new big-kid eyes to Zinkoff." On field day in June, the fourth graders call him as they see him: "Each pronounces it perfectly. 'Loser.' " Through the use of the omniscient narrator, Spinelli builds up to the boy's "unveiling" with examples of Zinkoff's uncontrollable giggling in first grade, his one-sided friendship with his next-door neighbor, and his forced poor-sport behavior on the soccer field when the hero's team does not win. Spinelli balances Zinkoff's mistreatment by his peers with abundant love from his family and the friendship of the quirky neighbors to whom his postman father delivers mail—especially the Waiting Man who patiently anticipates his brother's return from Vietnam, and a toddler attached to a clothesline with a leash. Spinelli creates no idealistic ending here; instead, with a near tragedy, the author demonstrates the differences between those who can continue to see with the more compassionate "little-kid eyes" and those who lose sight of what is truly important. Ages 8-12.