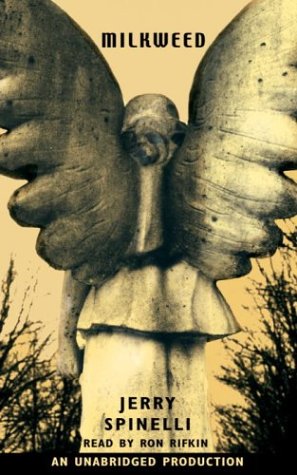 Conveying a sometimes-astonishing naïveté in light of the brutality seen through the eyes of an orphan boy, Rifkin breathes emotion into Spinelli's novel, which is set in Poland during the Holocaust. In 1939 Warsaw, a runty, ragged street thief who doesn't even know his name or if he ever had a family finds himself taken under the wing of a sharp, slightly older boy named Uri. The younger boy, now called Misha, learns a new, even more wretched way of life under Nazi occupation. He witnesses murder, torture and hatred firsthand, as taken out on the Jews by the cruel soldiers he knows as Jackboots. He further hones his scrappy survival skills, becomes part of a Jewish family in the ghetto and, miraculously, continues to muster hope as the months and years pass. Via Rifkin's cool yet compelling delivery, listeners discover—right along with an always wide-eyed Misha—some of the horrors that many innocent people suffered during this dark era of history. Though some listeners may be puzzled by Misha's detached air and consistent lack of awareness, Rifkin succeeds in making the audio experience an ultimately enlightening one. Ages 10-up.