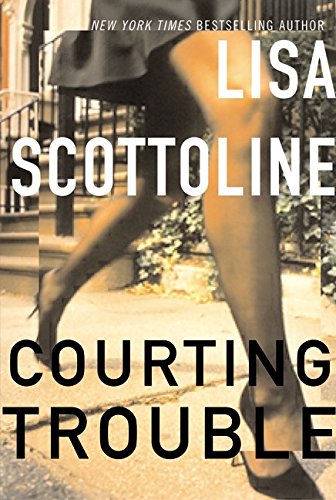 bestseller Scottoline's cast of beautiful female lawyers at Philadelphia's Rosato & Associates is augmented by red-headed bombshell Anne Murphy, a woman with a secret past, who's trying to make a go of it in a new city. An intriguing character jammed into a laborious plot, Murphy toils as a career-minded loner. On a much-needed weekend away from her heavy caseload, she picks up a newspaper to read that she has been murdered by an intruder who blasted her in the face with a shotgun. Murphy knows the real victim was the woman who had agreed to feed her cat; she also knows that the murderer was likely Kevin Satorno, the stalker who nearly killed her a year earlier while she was living in Los Angeles. Murphy figures that if Satorno discovers he actually killed the wrong person, he'll continue hunting her, so she decides to play dead and enlist the help of her new colleagues at Rosato & Associates to track him down. Scottoline (; ) wraps up the far-fetched action in high style, with a few predictable twists, at Philly's big outdoor Fourth of July celebration. As in her eight previous women-in-peril legal thrillers, she tempers the plot's bloodshed with a bouncy tone that some readers may find cloying. But this doesn't bother the former lawyer's growing base of fans—she's now translated into 25 languages—and despite Murphy's occasional "you go, girl" silliness, she's the best character Scottoline has created in a while.