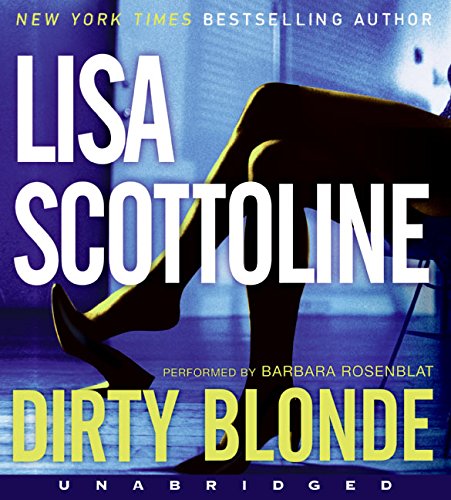 As a veteran reader of several Scottoline audios (including and ), Rosenblat is completely at home with the author's characters and style. She gives the listener a clear sense of newly appointed Federal Judge Cate Fante's brash public presentation as well as her private life, which includes soft spots for a friend's autistic son and for sleazy men. But women judges, like Hebrew National Franks, are held to a higher standard, so Fante finds herself battling her colleagues as well as the bad guys. Rosenblat's pace is near perfect—nimble enough to capture the fast lives of the characters and to propel the reader through this vibrant whodunit, yet always enunciated clearly so that not a single word is lost. Fante's hilariously deadpan asides are perfectly delivered. Rosenblat is such an enthusiastic reader that she even recreates sound effects, such as bullets flying and tires rupturing. With Harper Audio hiding the CD numbers inside the disc's rim, some listeners might wonder "Where am I?" rather than "Who done it?" as they search for the next disk. Altogether, Rosenblat provides an excellent performance of one of Scottoline's best works.