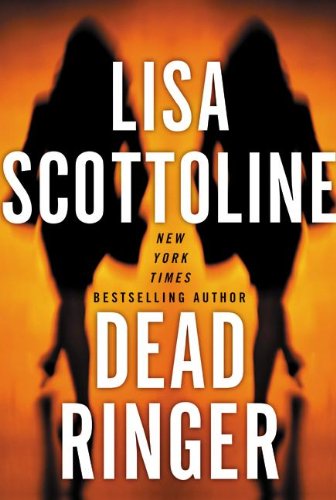 Another bestseller is on the docket for Scottoline (; ; ), with a new legal caper featuring the lady lawyers of series heroine Bennie Rosato's Philadelphia law firm, Rosato and Associates. This time out it's Bennie playing the lead role, as she fights to save her financially sinking firm; mother her lovable partners, Mary DiNunzio and Judy Carrier; solve the murder of a valuable client; and battle her evil twin, Alice. The eviction notice is on the door when suave Frenchman Robert St. Amien steps in with a class-action suit that promises not only to stave off Bennie's landlord but to shovel millions of dollars into the firm's bottomed-out bank account. The fact that our heroine has never handled a class-action suit doesn't faze her for more than a nanosecond. Bennie has her wallet stolen and soon becomes the target of increasingly sinister attacks, until it becomes clear that Alice (last seen in ) is back in town and bent on revenge. When the stakes are upped to murder, Bennie realizes she's in big trouble. Fortunately, hunky SEAL David Holland shows up to save her dog, act as bodyguard and supply the love interest. Of course, he has a dark secret, but this just makes him more appealing and sympathetic when it is revealed. Occasional awkward writing intrudes ("Anger bubbled like lifeblood to her cheeks"), there are too many pantyhose jokes, and the solution to the mystery is a clunker, but readers caught up in the fast and furious wordplay will hardly notice. Bennie grows on you, and soon enough you're rooting for the home team and laughing at her corny jokes.