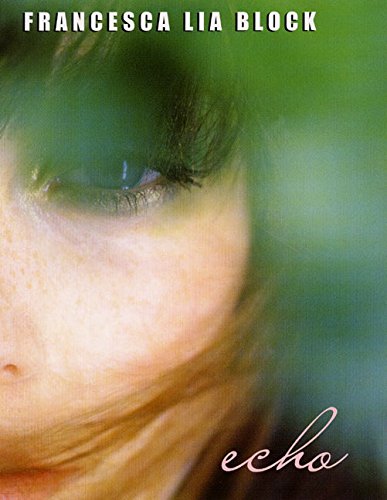 Block () moves to a new level of complexity—without sacrificing accessibility—for this exquisitely wrought coming-of-age story. The subjects, settings and semi-magical tone will be familiar to Block's readers as Echo, an artistic L.A. teenager, overcomes various forms of rejection in her search for selfhood and true love. Echo lives among angels, false and true, mythic and real, among them Echo's mother, whom Echo thinks is perfect but who appears blind or impervious to her daughter's needs; a famous-artist father whose love for his wife seems to leave no room for Echo; girls Echo wishes she could be; and a nameless, wounded boy who saves Echo from drowning and whose memory sustains Echo as she meets men incapable of loving her. As in previous works, death hangs heavily over the heroine: parents die young, vampires prey on the innocent, children fight terrible disease. Block's structure and imagery, however, manifest a new sophistication and subtlety, as passages and metaphors "echo" one another throughout. She delicately shifts the narrative to show different partners (the heroine's grandparents; the lovers of Echo's friends; a sibling pair) facing similar conflicts, but she quietly varies the individuals' responses. Lyrical passages, such as Echo's descriptions of her mother's extraordinary beauty ("She is like the da Vinci Madonna with a crescent moon hung on her mouth") ripple beneath Echo's life-and-death struggles. This begs not just to be read, but to be reread, and savored. All ages.