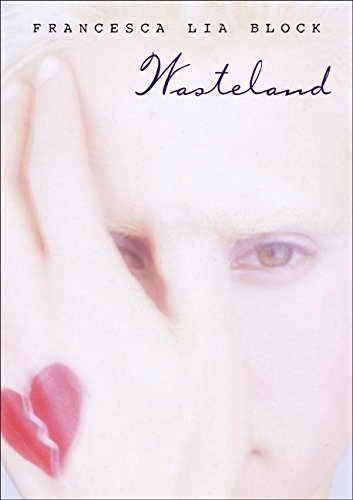 From the author of comes a picture-perfect vision of mid-1970s Los Angeles, shimmering with Block's signature California-style magical realism and delicately overlaid with allusions to T.S. Eliot's . Marina's life is shattered by the death (likely a suicide) of her older brother, the surfing punk rocker Lex. With the help of her classmate (and aspiring love interest) West, Marina sets out to come to terms with the forces that led to her brother's death. Through hints, whispers and delicate shudders, the glittering, fragmented narration—told mostly by Marina, but also by West and even by the deceased Lex—moves back and forth through time, gradually revealing the central incident that drives the novel's action: the evening the siblings strayed into physical intimacy in a sunken bathtub. One of Lex's early narratives offers a clue, as he describes a visit to a psychic after the incident: "Here it comes, I thought. 'Fear death by water. Those were pearls that were his eyes' " (a reference to Eliot's clairvoyant, Madame Sosostris). Though undeniably attention-grabbing, this dramatic plot element seems almost forced, as if it were added on just in case the luscious prose and the authenticity of the teen scene were not enough to hold readers' attention. An 11th-hour twist underscores this feeling. Still, sophisticated teens are likely to be enthralled by Block's bold and poetic experiment; her skill with words never flags. All ages.