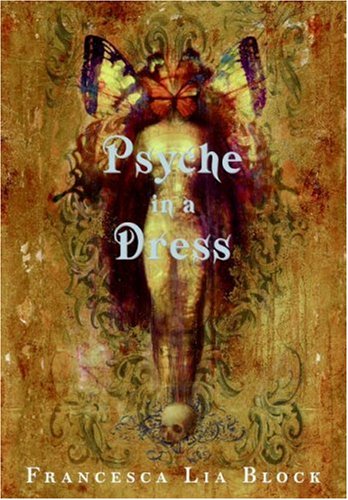 Psyche in a Dress

Narrated in luminous free verse, Block's ( ) magically compassionate novel traces a girl's sinuous path through love, into adulthood and eventually into the fullness of her powers as a mother and a woman. The author deftly weaves myth and magic into scenes from contemporary life, viewed through a shimmering prism of the very hip. Block's shape- and name-shifting heroine starts out as Psyche, the passive star of her Zeus-like father's films ("My father had become a bull/ a swan/ a cloud/ a shower/ of gold/ so that he could have sex with other women"). When her brief and star-crossed love affair with tender Eros ends, a mourning Psyche metamorphoses first into Echo, foil for a modern-day Narcissus (a self-absorbed but ultimately wounded film star), and then into Eurydice, soulmate to an Orpheus whose modern-day incarnation calls to mind Kurt Cobain. As Persephone, the heroine lives through a dark period as consort to the ruler of a modern-day underworld until she finds respite with her mother, Demeter. Block brilliantly integrates aspects of the mythology, as when the heroine works for tyrannical Aphrodite (whom she does not know is actually Eros's mother) in a clothing store, and ants help her sort beads into little boxes. Briefly reunited with Eros, Psyche has a daughter, Joy, and later is transformed into a goddess at last. Haunting and heartbreaking, Block's novel once again demonstrates the mythical aspects of mortal lives. Ages 14-up.