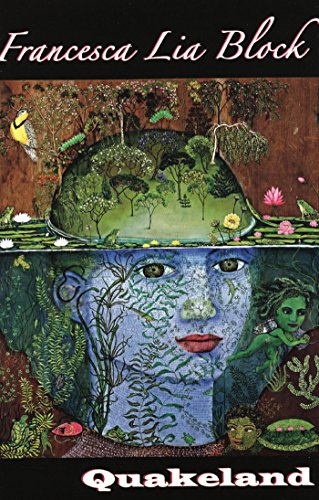 Beloved YA author Block, creator of Weetzie Bat and other indelible characters, returns to her familiar Venice, Calif., setting for this set of four adult short stories and title novella. They follow a depressed Katrina, five years single and entering mid-life after a history of bad relationships convinced no man will love her. Katrina owns a preschool, Neverland, and her fondness for kids extends to the five-year-old twins of her best friend, charismatic, sexy cancer survivor Grace. Another charismatic, sexy friend, yoga instructor Kali, gives Katrina moral support and radiates feminist Goddess light on her, to little avail. Into their lives comes Jasper, a charming, mercurial New Age dance teacher whom Katrina meets at a pagan dance (held to change the bad vibrations left behind by the 2004 Indian Ocean earthquake and tsunami). The two get together and hit a lot of clothing-optional events, where Jasper, who suffers from sexual dysfunction due to a hex put on him by a previous girlfriend, has a seriously wandering eye. As Grace’s cancer returns and Jasper’s misogyny surfaces, Katrina finds her hard-won semiequilibrium slipping. Block’s faux naïve narrative style sounds less sure-handed in an adult context, as Block’s characters’ affectations and day-to-day routines are, to put it mildly, otherworldly. But she’s sharp on the nitty-gritty of female friendships and male perfidy.