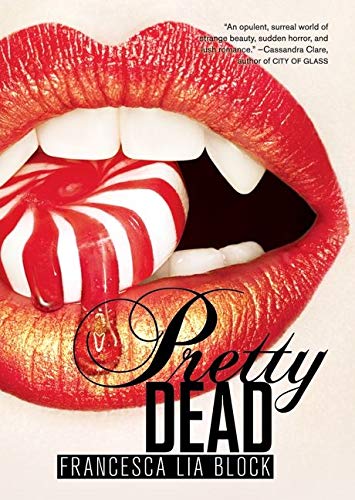 Known for lyrical, intoxicating prose and magical realism, Block delves into the vampire mythos with a racy story that sizzles and satisfies. While the story she spins (century-old vampire lives as Charlotte, a 17-year-old girl who has everything except true love, real friends and mortality) offers nothing new to the overstuffed niche, its simple beauty—and its slight heft—lies in its lustrous details (Paris of the 1920s comes alive in Charlotte’s “celery-green silk crepe sheath”). Many iconic moments from this past century—the bombing of Hiroshima, Woodstock, John Lennon’s murder, Kurt Cobain’s suicide—are given brief but vividly described due. Charlotte’s master-and-servant relationship over several decades with her “maker,” William Stone Eliot, is overtly erotic (“death in the guise of love, a dark-haired man... who bows his head to your breast, and bares, and punctures, and raptures and drains until you are empty and he is full”), as is her twisted and only slightly less sultry romance with the tragically handsome Jared Pierce, which acts as the perfect contemporary foil. Ages 14–up.